Day 7--Walk on the Falls

The plan was to go to Brazil tomorrow to see the falls from across the river, but to do so, one needs a Visa, and Brazil has made it extra difficult to procure.  You need lots of money, pictures of yourself, proof that you completed a questionnaire online, a copy of your bank statement, a copy of your itinerary, the name of your hotel, and a letter in Portuguese explaining why you aren't actually staying in Brazil, but are just visiting for the day.  I know I am prone to exaggeration at times, but seriously, that's what is required.  You can sometimes get a Visa in 24 hours here in Puerto Iguazu, but it's not always guaranteed, and in order to see the Falls well, you need good weather.  With tomorrow's forecast at 90% chance of Thunderstorms, we calculated how many pesos it would cost to do a day trip to the Falls, and decided to skip that leg of the journey, and have some extra downtime here at Iguazu.

There's not a whole lot to do other than the Falls, but being trapped in the expensiveness that is a Sheraton Hotel in the middle of a National Park, we decided to get ourselves into the City to get breakfast and a few snacks and beverages at a fraction of the price, especially considering Uncle Sam laid me off yesterday.  We found a bus that picks up at the bottom of the Sheraton's Driveway, and for US$4.12 it will take you into town.  I knew it was a small town, but it's not really, so we weren't quite sure where to get off the bus, but soon enough we got kicked off at the end of the line, which happened to be "Hito Tres Fronteras", the point of three borders.  I like visiting places like this, but on my map it was in the middle of the river, so I hadn't pursued it further, but in the picture below, the bottom park is in Argentina, the land and city beyond on the left is Paraguay, and the forest in the middle on the right is Brazil. 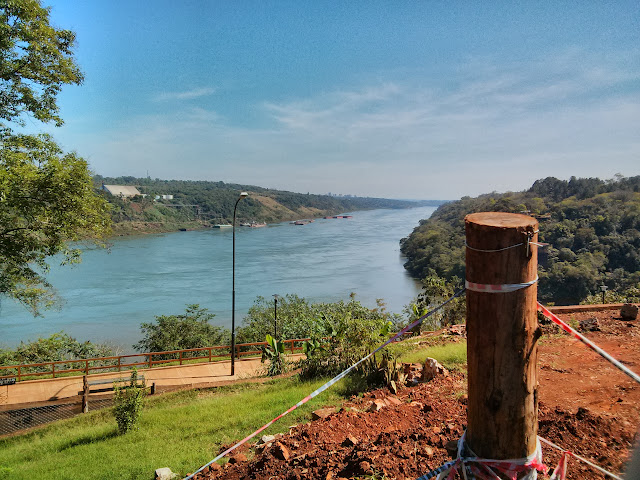 This end of the line also happened to have a sad little craft market, so we got on the next bus back into town to find a grocery store, and managed to find some snacks and a little water.  My friend remembered seeing what looked like a shopping mall at the bottom of the hill, so we headed down there in the intense sun and arrived at 11am, and what few stores actually existed were thinking about possibly opening up for the day.  We walked around the semi-abandoned center (which was actually quite nice) and can't decide if it just hasn't reached capacity, or if it is near failure.  We were about to give up on food, after seeing the restaurants shut tight, but magically a menu desk appeared outside of one of them, so we managed to enjoy some Asianesque food for our early lunch.

We then headed back to the hotel and had some down time; we had read that the trip to the Devil's Throat was best done late in the day, after the hordes of people had left, and that was perfect advice.  We set out under a hot sun, and made our way into the park to the train station where a small-gauge train took us a couple kilometers north to the causeway.  From the safety of the banks of the Rio Parana, you then walk 1.1 kilometers (3/4 mile) across the river, toward the falls.  So, we were walking over the water that would eventually become mist above the falls, and the metal structure was not exactly sturdy.  There were a couple of islets that provided a moderate sense of security every couple hundred of meters, but seeing the decaying remains of bridges long gone was not exactly comforting.  Eventually, you reach the Garganta del Diablo (Devil's Throat) and you are basically just feet away from the millions of liters going over the edge.  To quantify, there are actually 275 different falls over the span of 2.7km, and where we were was a fall that is 500 feet wide, 2300 feet long, and 269 feet tall, about double the height of Niagara.

The walkways are a bit scary but I'll just let the pictures tell the story... 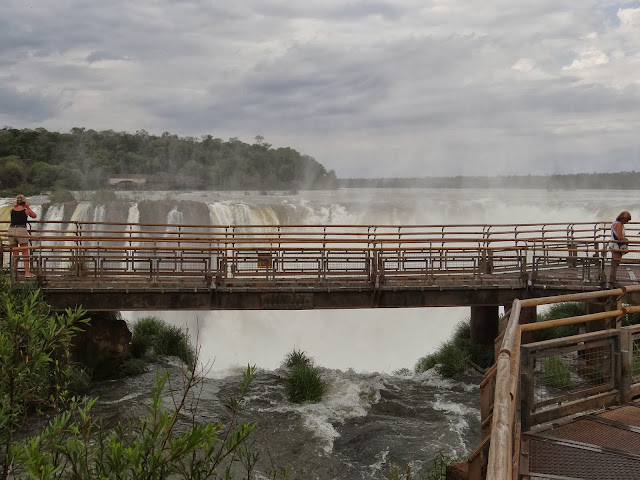 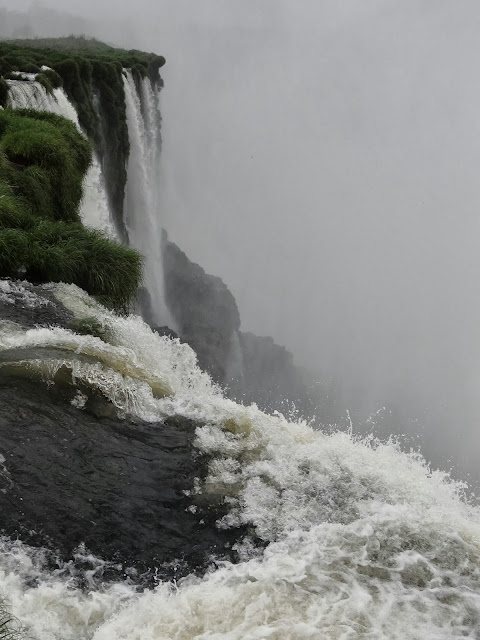 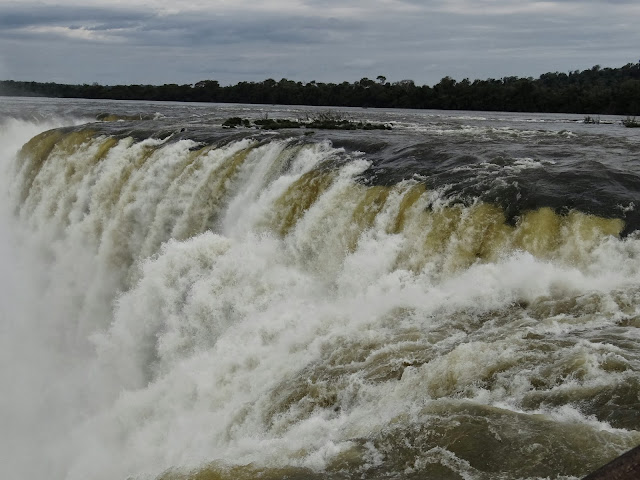 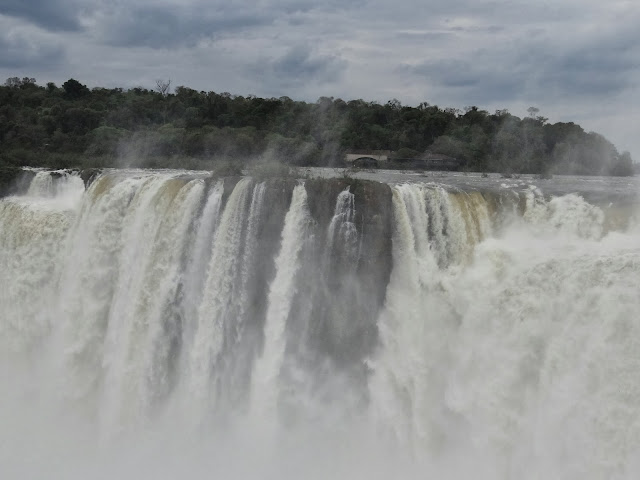 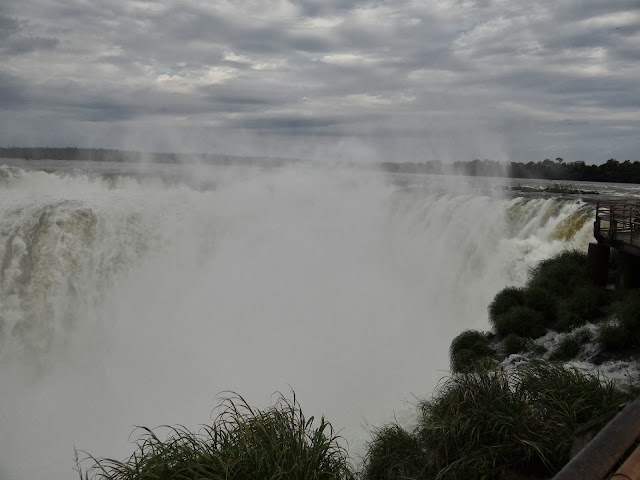 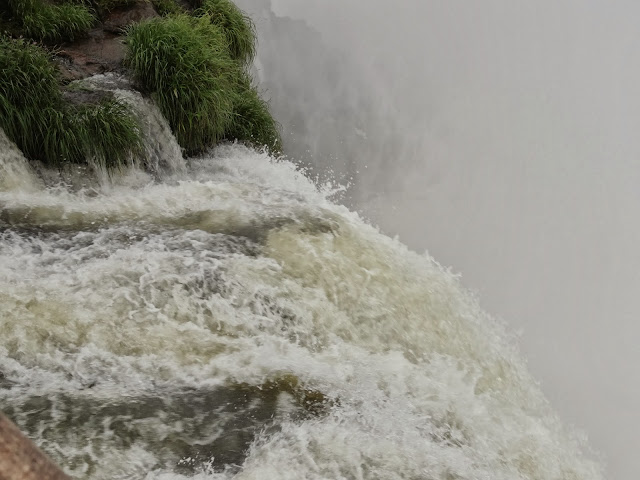 My mild aquaphobia did kick in, and I found a bench to sit on that was on concrete, and just enjoyed the solitude of the rushing water and the bird flying overhead now and then.

I did manage to get a few pictures of some of the flora and fauna.  I've already forgotten the name of the larger guinea pig-type creature, but then we saw some of its smaller hamsteresque creatures as we got back to the hotel. 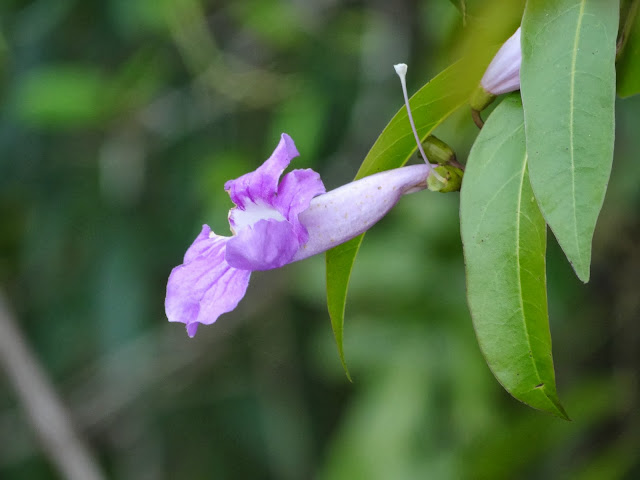 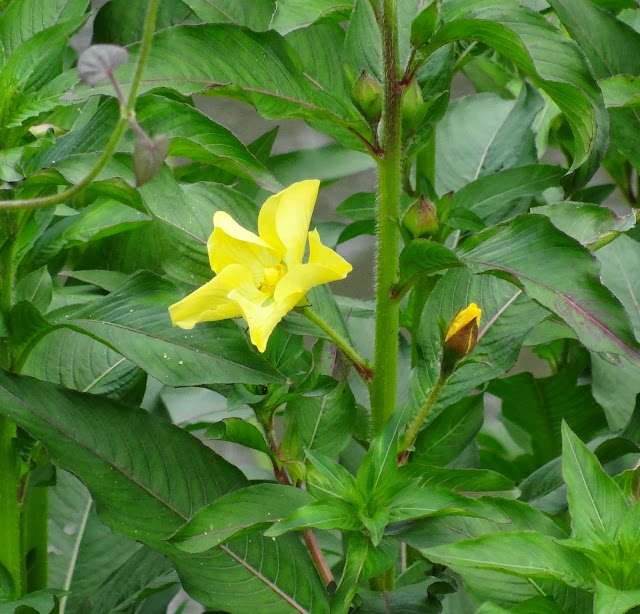 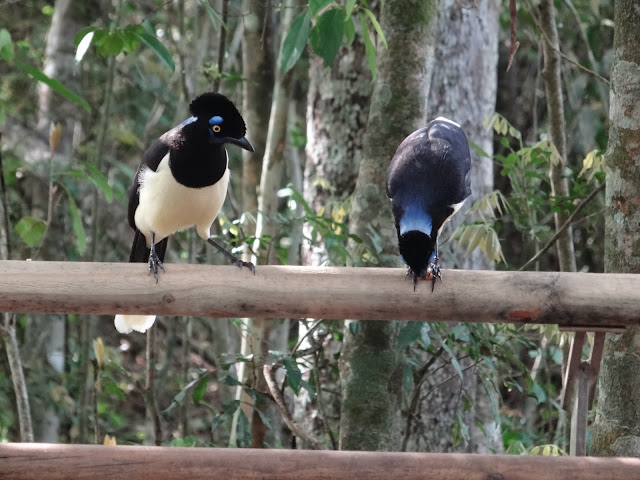 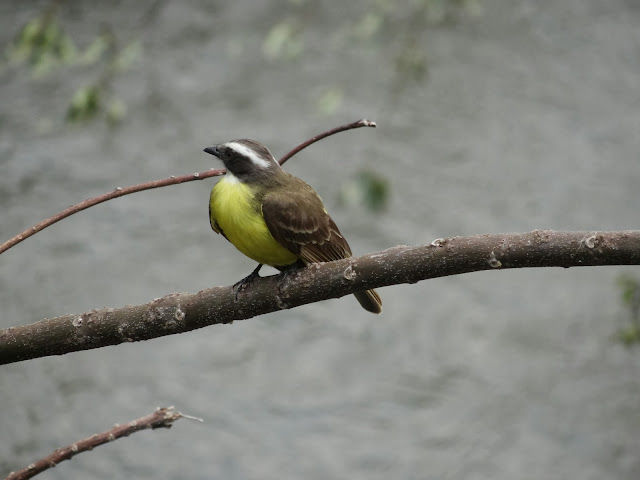 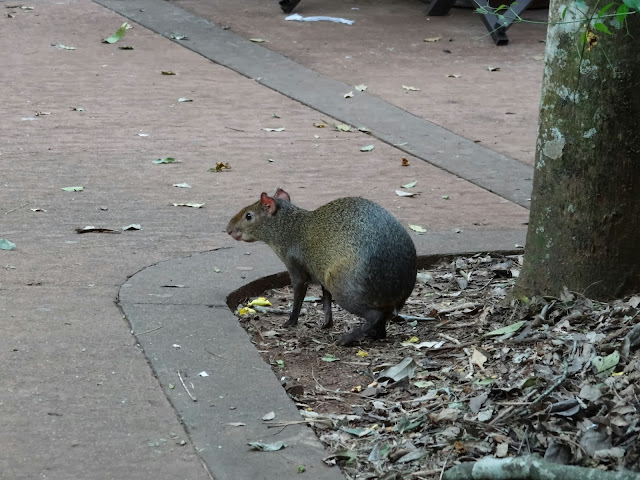 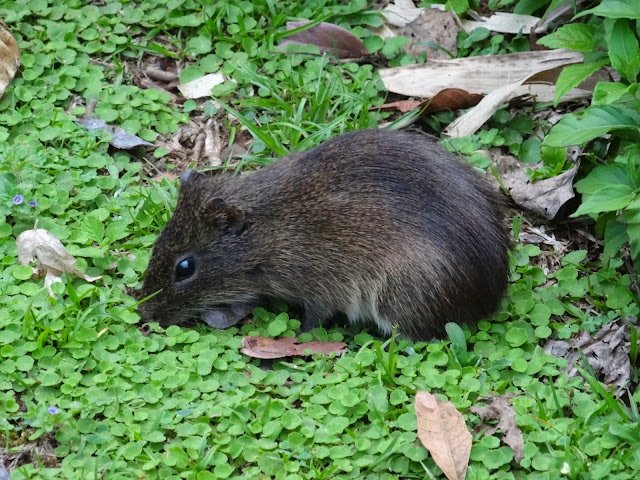 Despite remembering the sunscreen and the insect repellent, both the bugs and the sun are a bit smarter here and we are trying to keep up with our annoying bites and pink skin, but it was a great day, and fortunately discovered that the food at the bar is much better than that of the actual restaurant here...we noshed on a Serrano Ham and Palm Heart pizza and a Tenderloin Baguette with drinks for US$32.
Newer Post Older Post Home