Day 12--Back to Buenos Aires

It's Monday, and our time in Argentina is wrapping up.  Today we fly back to Buenos Aires, but fortunately, there is a craft market in town that is open every day (except Election Days, of course), and we have just enough time to have the taxi stop off at the Market for a bit of shopping before we head back to the Capital.

The market is huge, and features all sorts of jewelry and woven goods, as well as foods and art, from across the country, but particularly here in the Northwest, in the shadows of the Andes, where a large portion of the population is indigenous.  We are able to find a few things before we have to get to the airport.

The flight to Buenos Aires is uneventful, and soon we are back in the sunny city where the traffic is relentless, but eventually make it to our hotel for the last night of our vacation.  We have a special event planned for the evening, which gives us a bit of time to rest and head to a local grocery store to stock up on a few delicacies.

For our last night, we decided to go to a Tango Show and Dinner called El Viejo Almacen (The Old Grocery), which has been a fixture in Buenos Aires for decades, and features strictly Argentinian Tango, which is its own genre, and differs from Ballroom Tango in that there is much more contact above the waist, and it is less choreographed. 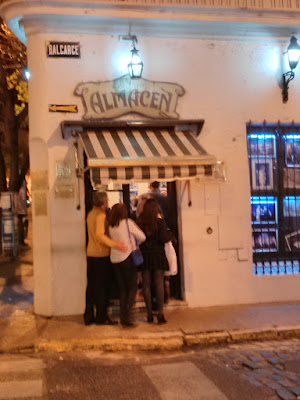 While obviously well rehearsed, the dancers were so good that they moved as one...there were no obvious errors or even bobbles, and had a live 5-piece band, featuring a piano, a double bass, a violin, and 2 bandoneons, which are a smaller and more complicated version of a concertina, which itself is a relative of an accordion.  Bandoneons are found pretty much only in Argentina and Uruguay for Tango music, but peculiarly are also popular in Lithuania.  They are European in origin, but were brought with the Italian immigrants to Buenos Aires, and have been popular ever since. 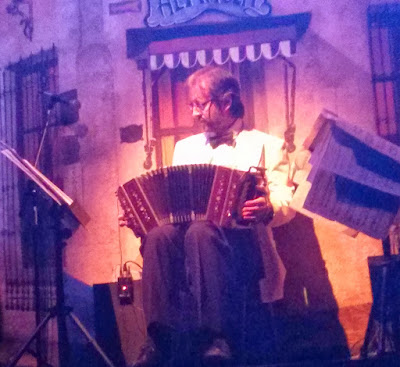 The lead Bandodeon player, shown above, was phenomenal, as he deftly moved the box both in and out, but often changed position between one leg or both, depending on how long the chords were to be played, and so both hands are pressing keys while he is directing the two ends in and out, and switching which leg or legs they are playing on...it was absolutely amazing to watch, and is a much more melodious instrument than what you are thinking of if you are thinking of Accordion Polka.

The dancers were breathtaking, and as we had splurged on dinner (Onion Soup, nice thick Sirloin Steak with Fried Potato Sticks [aka French Fries] and tasty Ice Cream) we had a front row to the show.  The below pictures are taken without zoom, as our table was adjacent to the floor, and the wind from the women's skirts created quite a breeze as they spun by.  We were inches away from getting kicked a few times, as this particular style of dance features a lot of kicking.  These are phone pics, so the quality isn't as good...but in the dark, with the relatively long exposure, they are moving so fast, the pictures are blurry... 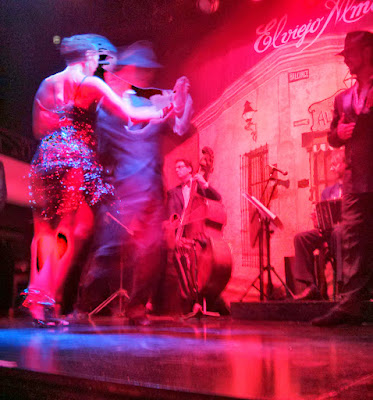 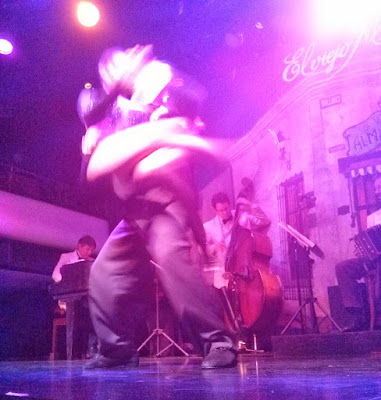 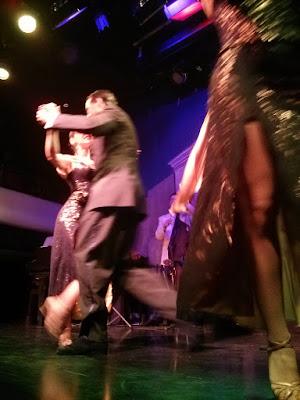 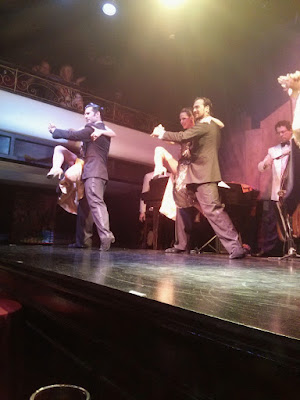 The show was spectacular, and a perfect way to end our vacation...back to the hotel to sleep before we headed home.