After a lengthy night's rest, we were going to take in some of the sites in the city of Salta, the Provincial Capital, and quite a good size town of half a million or so.  It is a popular tourist destination for Argentinians, at is known for its excellent local handicrafts and good food, warm hospitality and great weather.  We headed into the town square, which has a number of restored buildings dating back a couple centuries, even though the city was founded in the 16th Century.

We attempted to visit both the Cathedral and the main Church, but being Sunday and in Latin America, there were Masses scheduled hourly for pretty much all of the day.  We quietly entered the magnificent opulent Cathedral and were glad to see we were not the only tourists there.  We then sat in the Main Square and watched people feeding the pigeons, and little kids and dogs delight in ruffling the birds' feathers by running amongst them, interrupting their lunch. 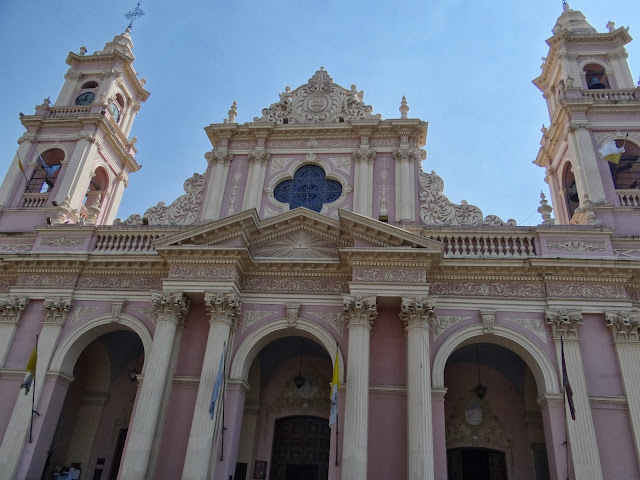 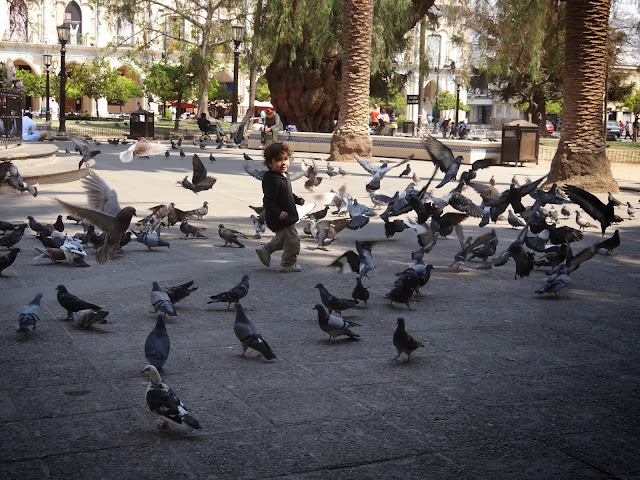 We then continued a couple blocks to the Franciscan Church, which was under renovation, but was also hosting Mass every hour on the hour for the foreseeable future.  To the right of the Church was an older building that wasn't really explained, but it said it was closed today for elections, but I was totally mesmerized by the bas-relief frescoes that were added to the building to celebrate something's 150th anniversary back in 1976.  I'm posting the full-size pictures here so you can see the detail in the images engraved on the building. 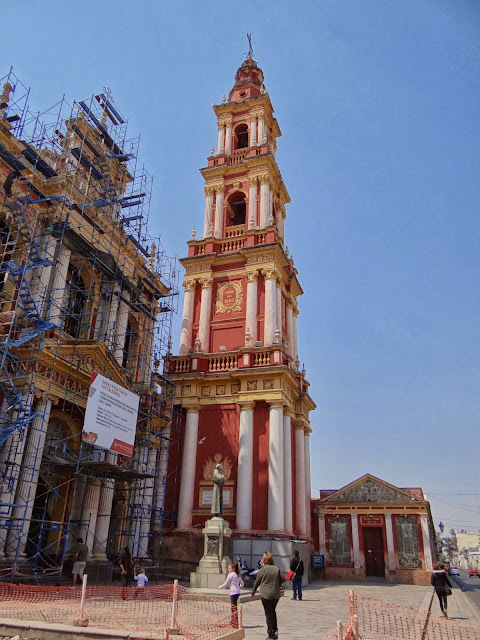 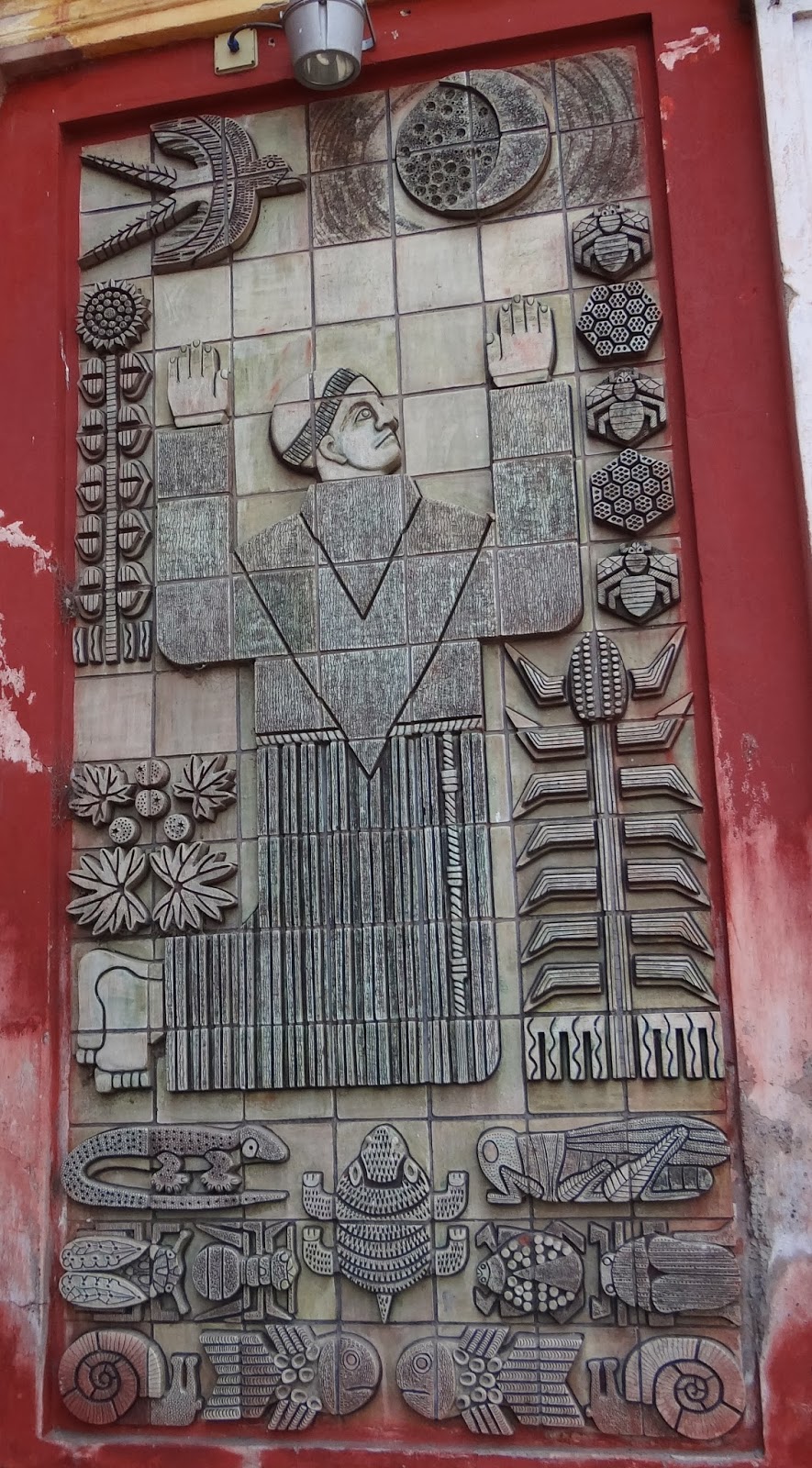 We then headed back to the Main Square to visit an Archaeology Museum that is highly recommended and contains mummies found in the Andes, but it too was closed due to the day's elections.  Our other big event of the day was to visit the Artesanal Fair that happens every Sunday near our hotel.  We wandered down the street, seeing a couple vendors displaying their wares, but it seemed that things were getting a late start.  We soon found out that the elections would once again interrupt our day, so we decided it was time for a Siesta.
We wandered down to the local shopping mall, which had very few stores recognizable to Americans, but didn't see anything too interesting, and then retreated to the hotel for some blog time and e.mail catchup.  Since this is supposed to be the place in Argentina with the best empanadas, we decided we needed to try a few more, and headed to Patio de la Empanada, which was not in my guide book but found via Google, and it is a most odd little L-shaped building with a patio in the midst, and in the building are a half-dozen empanada vendors.  As soon as we stepped in the door (at a very early 9pm, before all the stalls were even open) the vendors who were open started flapping their menus at us, and showing us exactly where to sit.  We reviewed a couple of the menus and fended the others off as best we could until we found a selection that looked the most appealing.  We ordered four fried empanadas and a liter of Salta beer and were hooked.  We soon ordered five more, but six were brought as they aren't sold in odd numbers, and we feasted on the delicious pockets.  We tried some with "knife-sliced beef", ham and cheese, onion and cheese, Charqui (a sort of salted and dried beef, not unlike jerky), and the winner of them all, the corn and cheese.  Again, the corn was sort of a creamy corn called Humitas, which when fried inside the empanada cooked into what I can only describe as cornbread stuffing...it was toothsome and sweet with strings of cheese and we restrained ourselves from ordering more.  Even with the liter of beer, we couldn't even spend US$11 for what was definitely our best dinner in Salta.

It's off to bed now; we hope to get to visit the local Artist Market on our way to the airport tomorrow, for our 2 hour flight back to Buenos Aires on our last full day in Argentina...