Last weekend, I got the opportunity to travel to Mozambique, a former Portuguese colony that lies to the north and east of South Africa, along the Indian Ocean.  Two colleagues from my international program are currently posted there, so it was great to be able to see them, and explore their capital city, Maputo.

The famed Portuguese explorer Vasco da Gama first came to the Mozambican coast in 1498, and soon thereafter, Portugal decided to make the territory one of their colonies, and they administered the country as their own for nearly five centuries, until the indigenous populations had enough of the European control and waged a war for independence from the mid 1960s until they were successful in 1975.  Most of the Portuguese citizens were expelled from the country, and with them went a large chunk of the investment into the country.

Following independence, Mozambique found itself as a pawn in other African countries' political maneuvers, with Communist and Marxist influences both conspiring to exert their power in the country, which led to a 15-year civil war, which finally ended in 1992.  The war took a significant toll on the country, with over a million deaths, and millions more displaced or wounded by landmines (a problem that still exists in parts of the country.)  The strong influence Communism and Marxism had on the city are still reflected in the names of some of the cities most prominent streets:  Avenida Vlademir Lenine, Avenida Karl Marx, Avenida Mao Tse Tung, and Avenida Ho Chi Minh.

Despite the decades of instability, Mozambique has now had 20 years of peace, and while the country still faces significant challenges, there is a sense of optimism and hope for the future of the country.  The people are very friendly and glad to have tourists come to visit.  New reserves of natural resources have the potential to improve the economy of the entire country, if the well-known corruption and bribery can be kept in check.

Maputo is situated at the very southern tip of the country, which is shaped a bit like New Jersey, if it were left out in the sun to melt for a bit.  A lengthy coastline means lots of unspoilt beaches, which helps draw tourists to the amazing and secluded resorts that line the Indian Ocean coast.  Maputo itself is a vibrant and bustling city of nearly 2 million people with amazing architecture, and when it was known before Indpendence as Lourenço Marques, it was a popular holiday destination for South African and Rhodesian tourists.

Since Independence, however, the city has languished a bit and while the interesting buildings and monuments still stand strong, they have not been maintained and their luster is fading quickly.  There is an infusion of capital to the city, but instead of rehabilitating old buildings, new buildings are being built with less architectural interest than what they replace.

Here are some interesting examples of the colonial and mid-century modernist architecture found in the city, as well as some of the fascinating art work found around the city. 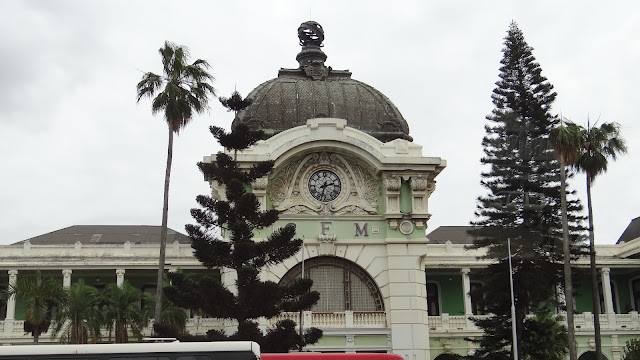 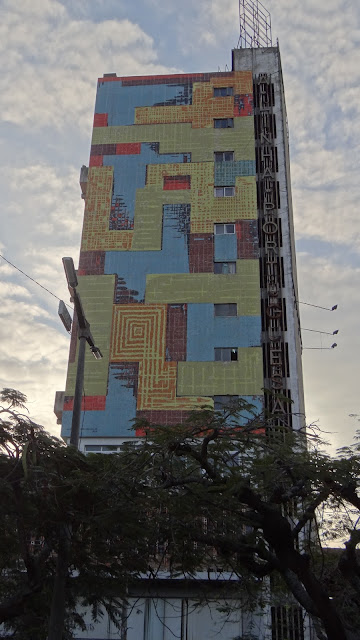 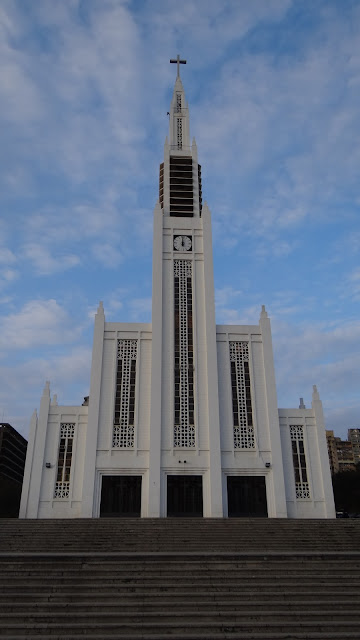 Cathedral of Our Lady of the Immaculate Conception 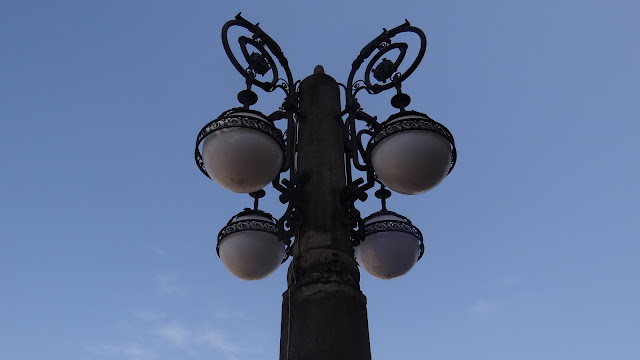 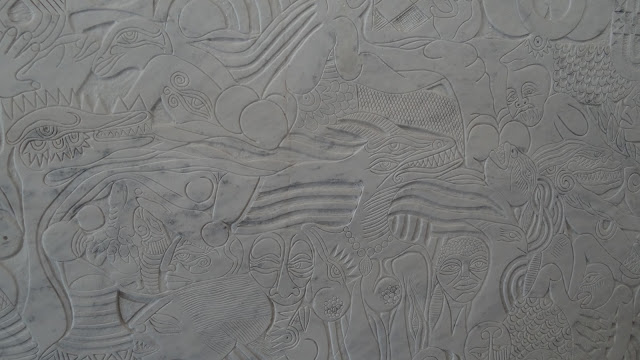 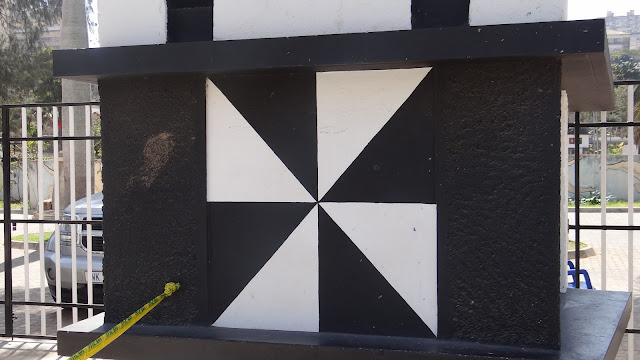 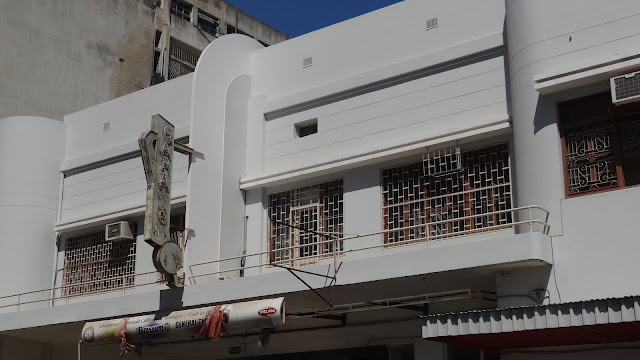 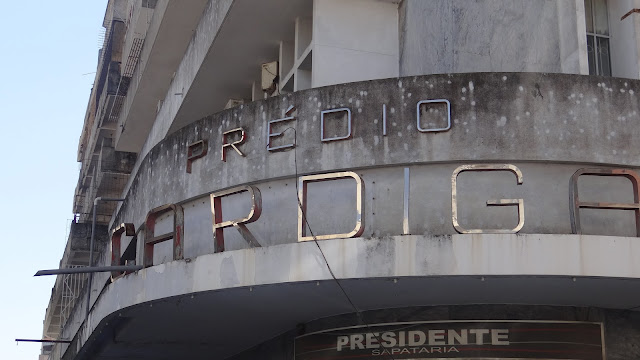 On Monday, we took a walking tour of the central downtown area with a fantastic British guide, Jane Flood, who has lived in Maputo for nearly 7 years, who specializes in architectural tours, and we got to see many of her favorite buildings and motifs the city has to offer.

We started at the Roman Catholic cathedral shown above, built during World War II, that is sometimes called the Devil's Cathedral, owing to the labor that was allegedly used to build the structure.  One story suggests that single females that were inspected and found to be non-virgins were forced to provide slave labor in the construction of the cathedral.  Regardless of the validity of the story, the cathedral is quite interesting, and uses the Portuguese Order of Christ cross, an unusual bisymmetric cross with flared ends in both the iron work and the decorations adorning the cathedral. 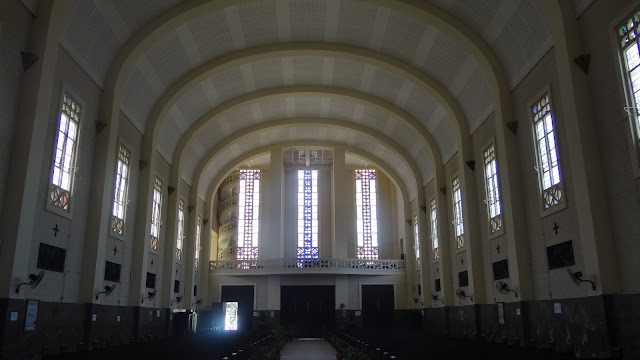 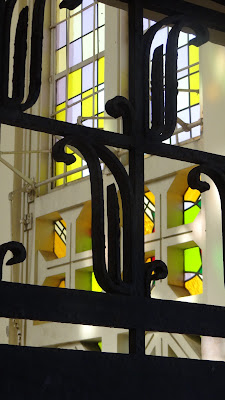 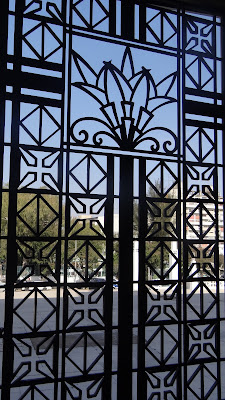 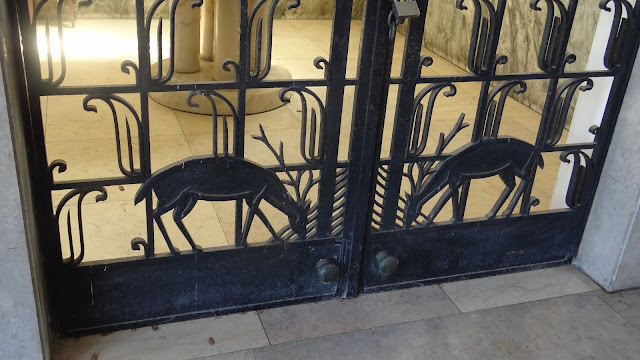 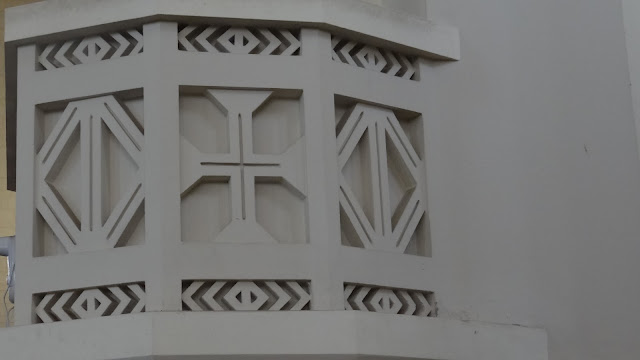 Across the street is a much less modern structure, the Maputo City Hall, built at about the same time.  The building used to have the words "This is Portugal" inscribed on the plaza in front, but as one might imagine, all traces of that have been removed.  Fortunately, they did not remove the stained glass image of a classic Portuguese Carabela, complete with Portuguese Order of Christ crosses emblazoned on the sails. 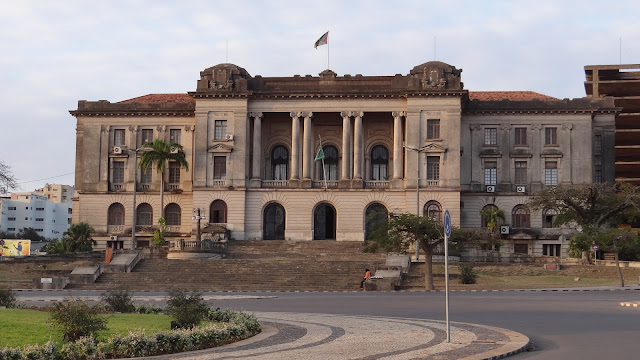 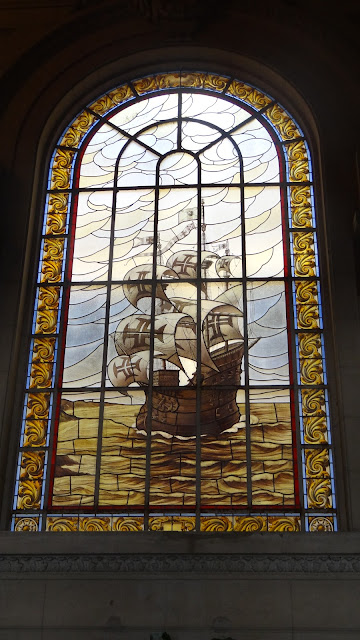 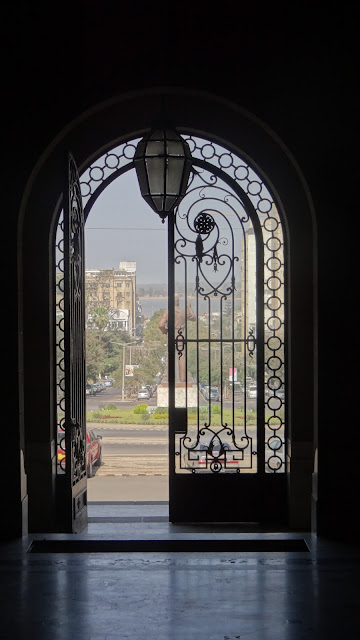 Just down the street from City Hall is the Iron House, designed by Gustave Eiffel of Eiffel Tower fame, and constructed entirely of iron.  Eiffel couldn't be bothered to actually come to Maputo to oversee construction, and evidently didn't even bother to research the climate of the country.  The house was built as the Governor's residence, but in a hot and humid climate, a house constructed out of iron might not be terribly comfortable.  It is used, however, to house the national Department of Cultural Resources.  I did note a few air conditioners are now found in some of the windows... 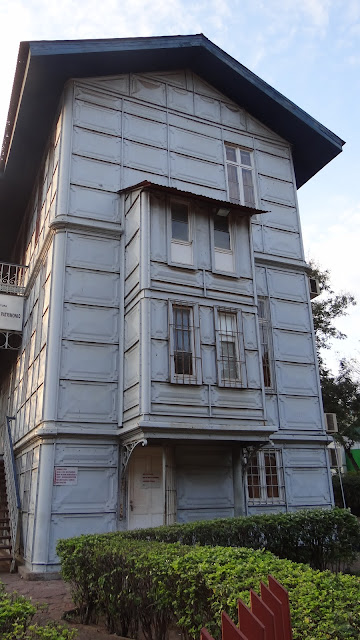 Adjacent to the house are the Tunduru Gardens, which were laid out over a century ago, and don't appear to have been kept up with much since then.  You can tell it used to be gorgeous, but now looks to be the perfect setting for a Tim Burton movie, and you expect Edward Scissorhands or Bellatrix Lestrange to pop out from amongst the overgrown vines and bushes at any moment.  To add to the ambiance, the park is now home to colonies of fruit bats, that are not terribly nocturnal.  I tried to get a picture of the few of them that were circling overhead, but only managed to snap a photo of the screeching and writhing cluster dangling precariously from an overhead branch. 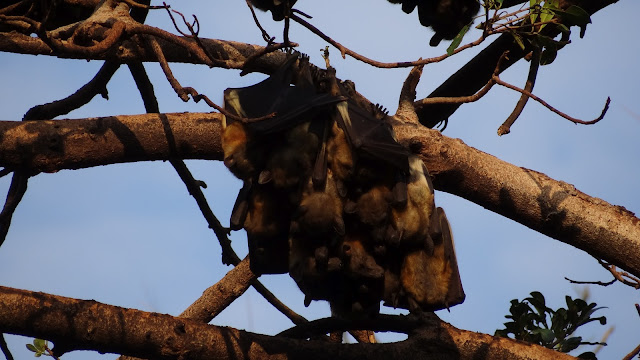 We finished our tour at the Central Market, a busy and colorful place for the locals to buy their daily needs, from soap and spices to fresh vegetables and even fresher seafood.  Our guide purchased a few of these giant muddy crabs, who came to life as the crabmonger searched her cardboard box for some of her best specimens. 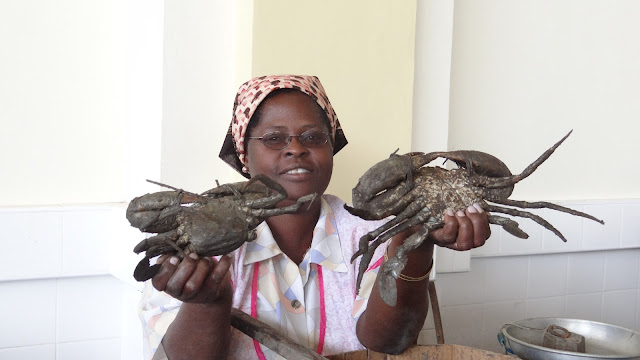 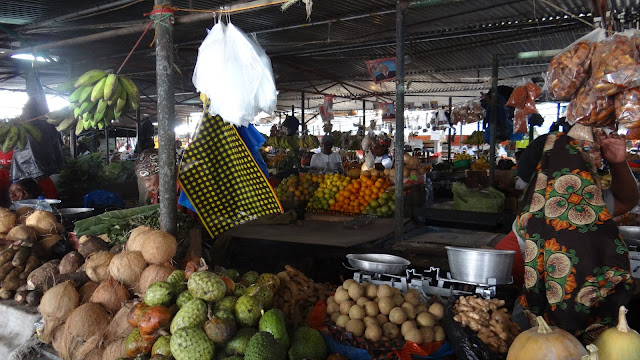 We also got to visit the fascinating Museum of Money, which had room after room of displays of the history of currency in Mozambique.  We kept finding additional rooms, and soon discovered that it was not just a history of Mozambican Metacais (their current currency), but of the currency of nearly every major country on the planet.  It was so amazing to see so many different examples of coinage from every continent.  Most of the displays were of coins of varying shapes and sizes, but specimens of colorful bills from around the world were also included.  The display for the US had a few coins, including Susan B Anthony dollar coins and older wheat pennies and Indian head nickels.  Curiously, the only sample American bill was a One Million Dollar bill that was obviously just a novelty item, but was presented as authentic currency, further strengthening the widely-believed myth here that Americans are all millionaires and drive fancy cars on gold-plated streets.  Oh, and we all know Oprah and live next door to Jennifer Lopez.