For the past week, I've been in Cape Town for various work activities, and got to venture out to see some of the city and its environs over the weekend.  I will be back here for vacation next week, but even in just my bit of down time, I have been able to experience what an amazing and vibrant city this place is.

Cape Town is the second-largest city in the country, after Johannesburg, but it's the heart and soul of the country.  Situated at the southwestern most tip of the continent, the city is along the Atlantic Ocean, and is situated in a bowl between the ocean and the majestic Table Mountain, a 3500ft tall flat-topped sandstone monolith that dominates the view from everywhere in the city except from its top.

The city's history goes back over 360 years to when the Dutch East India Company set up shop in the Cape as a stopover point for their lucrative trading routes to Asia; the city became a big pantry for ships that would stop in to re-supply on the long trip from Europe to what is now Indonesia, Japan and India.

After they built a small fort, they eventually replaced that with the Castle of Good Hope, currently the oldest colonial structure in the country, completed 333 years ago.  Over the next century, Dutch and other Europeans began to emigrate to the Cape Colony, and it eventually became the largest European settlement in the southern hemisphere.  It wasn't until 1869, when the Suez Canal opened, that ships between Asia and Europe didn't have to pass right by Cape Town.

During the 18th century, the colony continued to expand, buying/seizing land previously used by the native Khoikhoi peoples, but by the end of the century, the Dutch East India Company had failed, but plenty of Europeans were still in the colony, and the 19th century saw quite a bit of war between the Dutch, the native Xhosa people and the newly-arrived British.

Not to diminish South Africa's history, but fast-forward to the recent past and eventually, conflicts were settled (mostly), and the city now is one of the most cosmopolitan and multi-cultural cities on the planet.  The city of 3.5 million is split pretty evenly between Afrikaans- and English- speaking citizens, and about 70% of the residents are labeled as Coloured, meaning that their ancestry is a mix of European, native Xhosa, and also Asian, from the workers who were imported by the Dutch.  Coloured is a term with different meanings to different people; some of the population are OK with the term, others prefer to identify with a specific race, possibly based on their skin tone, family origin or even their language.

The entire Cape Town region (encompassing the province called the Western Cape) also has one of the most diverse eco-systems on the planet, with over 9,000 different plant species found in a relatively small area.  Table Mountain National Park is just 85 square miles (smaller than Durham), yet has more plant species than in all of the United Kingdom, 2/3 of which are unique to this peninsula, found nowhere else in the world.  September is wildflower season, and I got to travel to the southernmost extent of the wildflower region and even got to take in a Wildflower Festival in the town of Darling.

Here's a collection of pictures I've taken from my travels over the weekend; I've saved lots of the area to see on vacation next week, so will post other series from those travels later. 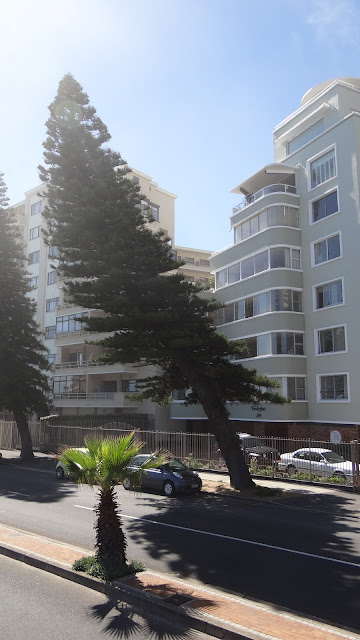 Tree that grows toward the ocean, thanks to the stiff breezes rebounding off the high-rise apartments 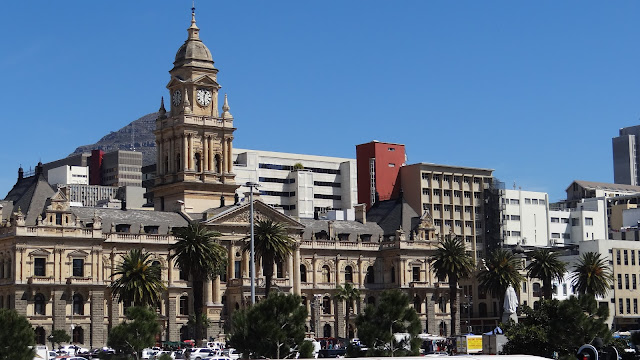 Cape Town City Hall, from which Nelson Mandela made his first public speech after 27 years' imprisonment 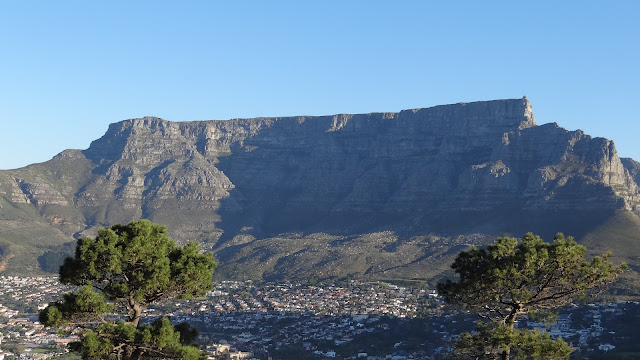 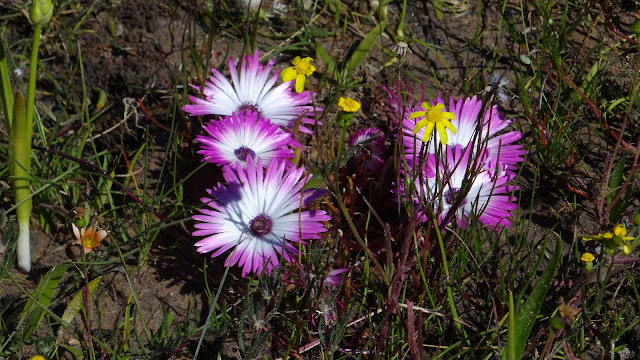 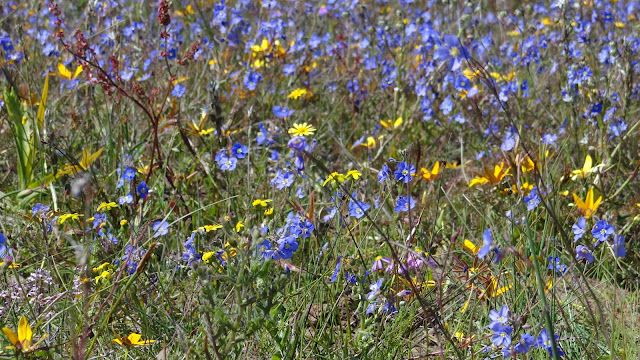 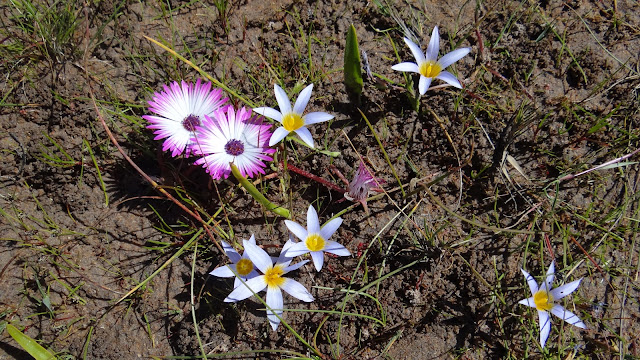 Wildflowers from a nature reserve near Darling 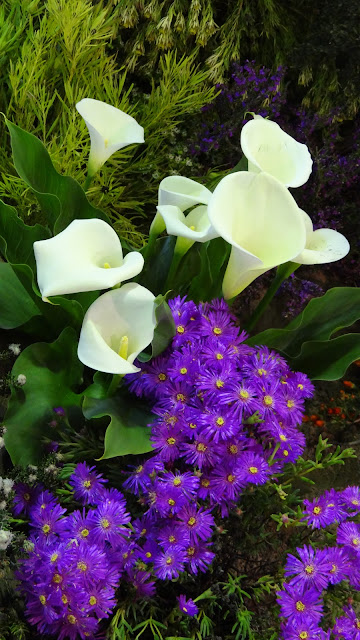 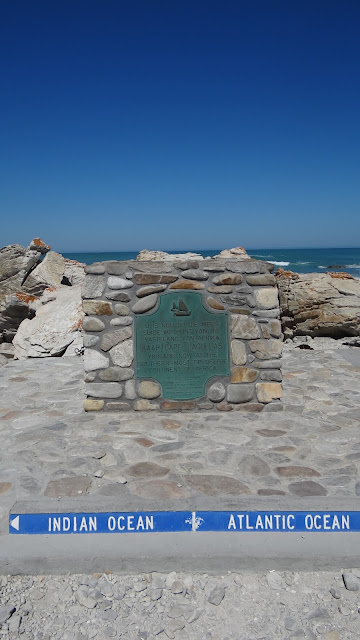 Marker at Cape Agulhas, Africa's southernmost point, demarcating the "boundary" between the Indian and Atlantic Oceans 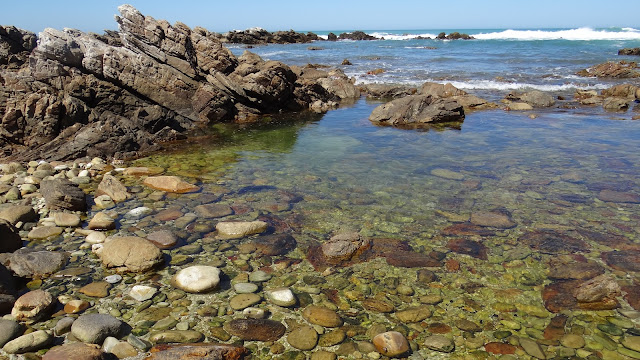 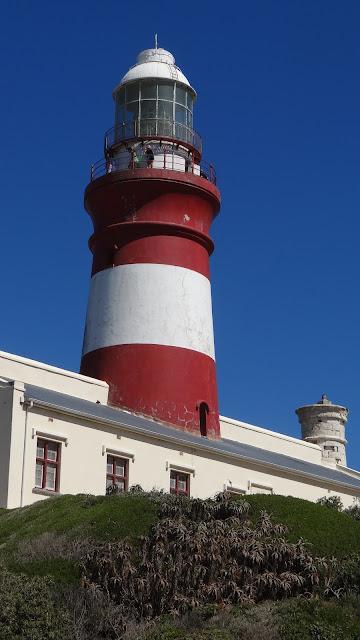 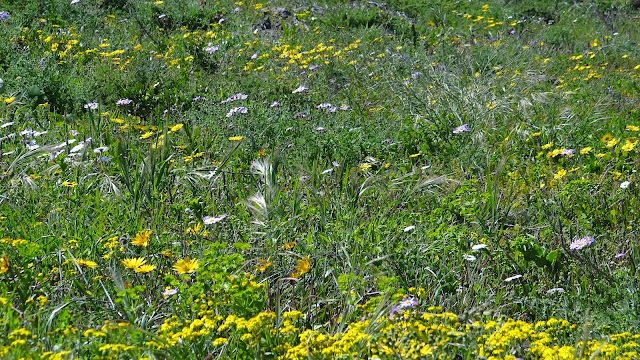 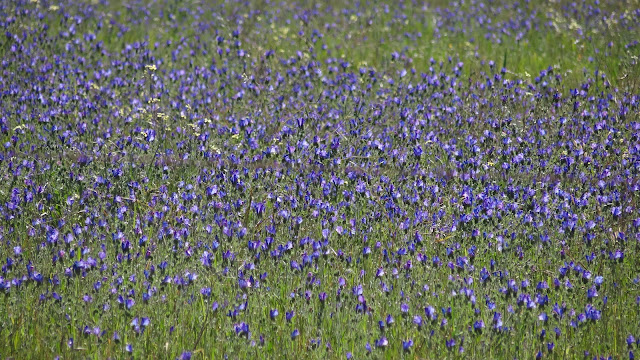 Random fields of wildflowers along the dirt "highway" 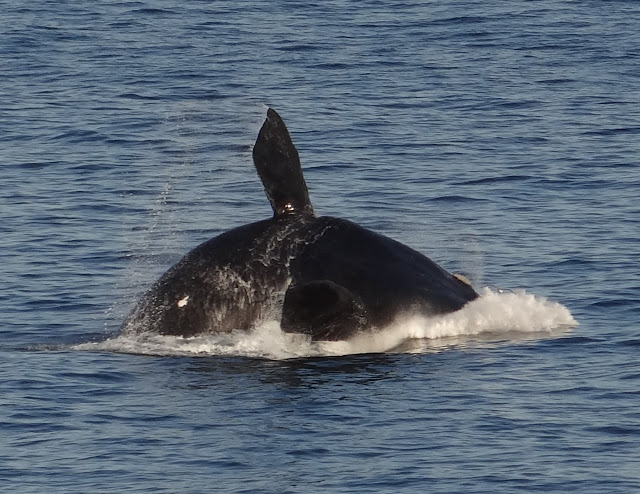 Southern Right Whale re-entering the waters near Hermanus, after breeching.  Hermanus claims to have the best land-based whale watching in the country.  I spotted 3 whales from the harbor road in the hour I spent there.
Some bonus pictures from my phone when I didn't realize I would be in cool places, and was caught without my good camera: 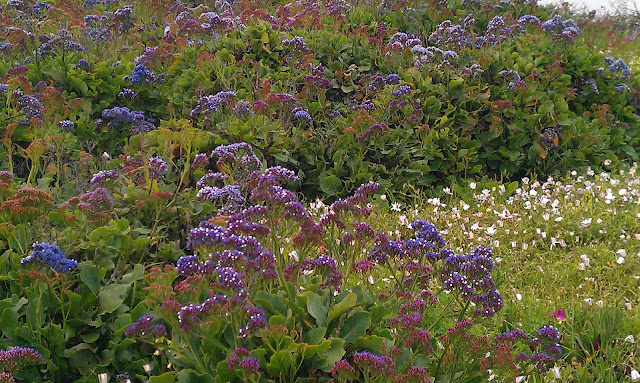 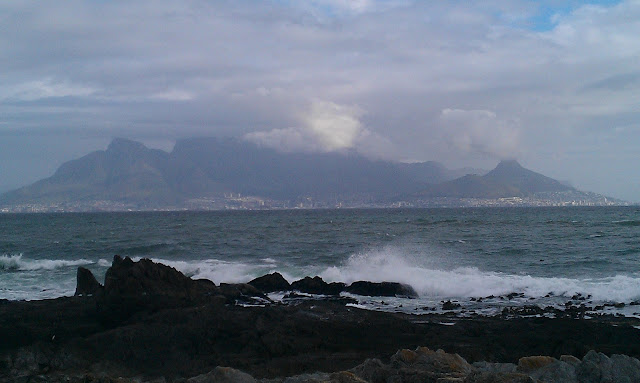 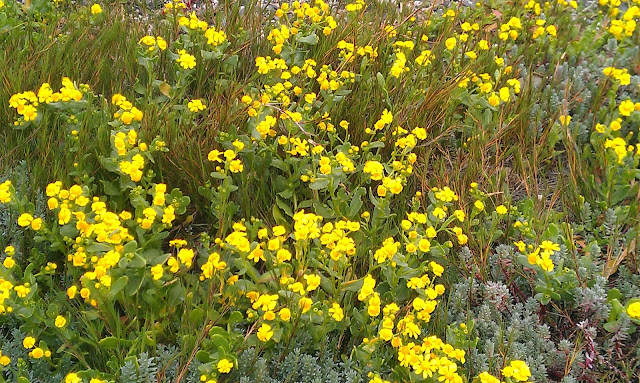 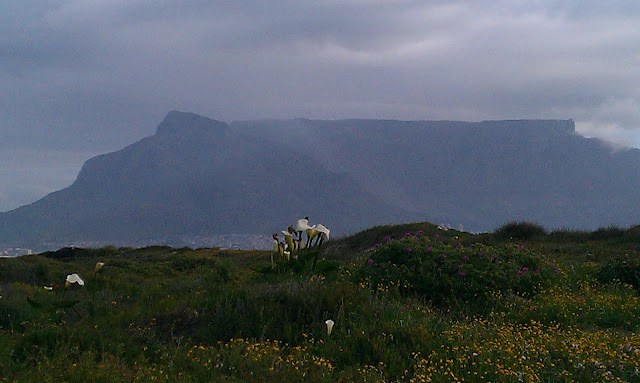