I'm not sure when I became a fan of waterfalls; maybe when we had a family trip to Niagara Falls when I was in elementary school, but I enjoy trying to visit waterfalls wherever I travel, and I knew Victoria Falls would have to be on my agenda if I was going to be in southern Africa.

Comparing waterfalls is nearly impossible...one is the tallest, one is the widest, one has the most water, one has the most tightrope walkers that cross it, etc.  But, no matter how it's measured, Victoria Falls is one of the waterfalliest waterfalls there is.  The falls are located on the Zambezi River, and about 3/4 of the falls are in Zimbabwe and the balance are in Zambia.

It's not as wide as Iguazu Falls in South America, and doesn't have the volume of water that goes over Niagara Falls, but they've decided to market it as the "largest sheet of falling water", and it does have the highest recorded flow of any waterfall on the planet.  It's nearly a mile wide, and drops more than 360 feet at its highest point.

There were 5 of us in total, from Malawi, Mozambique and South Africa that all met up in Johannesburg to fly to Victoria Falls, Zimbabwe for our weekend adventure.  We stayed at the Kingdom Hotel, just up the hill from the falls. 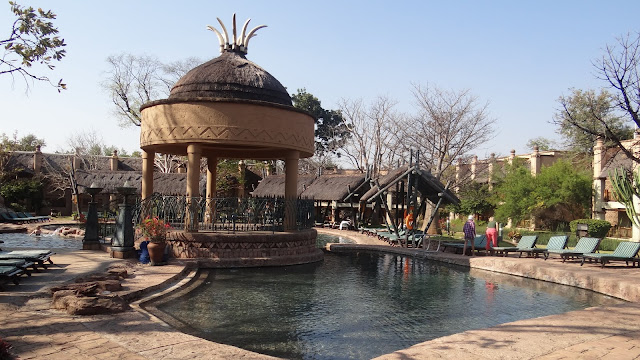 After checking into our hotel, we soon boarded a bus to head to the Zambezi River for a sunset cruise to look for some of the Zambezi wildlife.

The open bar was stocked with boxed South African wines, as well as liquors that we had heard of with brand names we had not.  Captain Morgan had definitely been demoted to 2nd Lieutenant, but soon we were enjoying trying to determine whether the rocks in the river were hippos or crocodiles, or just rocks.

After watching some of the rocks disappear and re-emerge, we realized we were seeing quite a few hippos loitering in the river.  Unfortunately, it was too warm a day for them to get out of the water, but that is OK.  Much like the game says, they are oh-so-hungry, hungry, and actually are one of Africa's most dangerous animals...they are quite speedy and extremely aggressive. 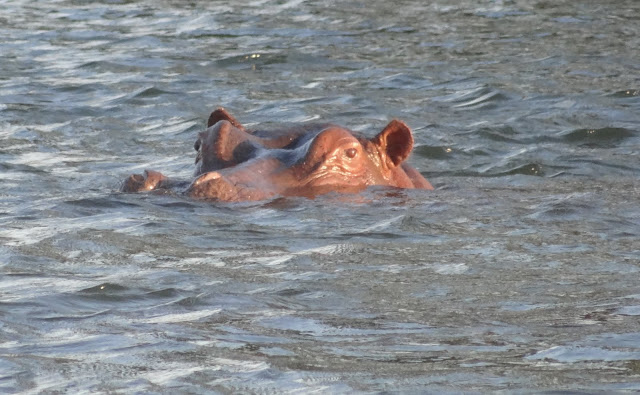 We saw some birds, and a dusty elephant, and then watched a spectacular sunset and returned to our hotel for the evening to rest up before going to the falls the next day.  Stay tuned for Part 2, wherein we visit the falls, cross the river to Zambia and I buy trillions of dollars in Zimbabwean money (worth approximately $5 on eBay). 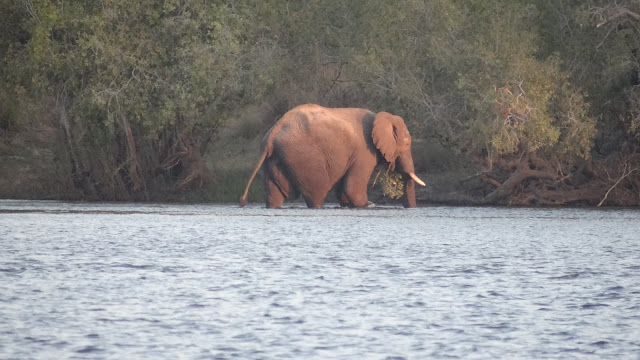 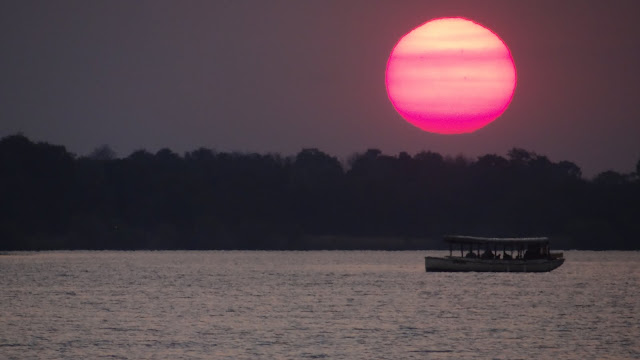